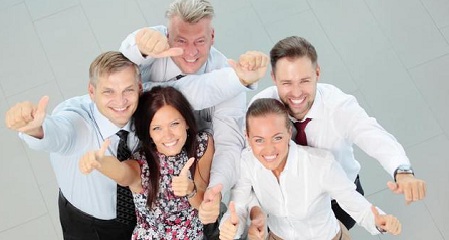 It all started when I was inspecting a software module. The deadline of the all-important software project was a couple of weeks away. I discovered that our source code was strikingly similar to one of my earlier open source projects. I eventually confronted my colleague, and he confessed that he had copied the code but he did not realize that his acts had legal repercussions. He came to realize that what he did was wrong, but, fearing for his job, he asked me to just “let it go.”

This was by far the toughest decision I had faced in my short career as a team leader. I had two choices: report the incident or ignore it. I discovered that the software’s open source license required that any derivative software be released under the same license. By releasing a software product under our proprietary license, we would not only corrupt the spirit of the open source but also infringe on its copyright.

As I strolled through my teammates’ cubes, the half-eaten slices of pizza, towers of empty Pepsi cans, and carelessly strewn pillows reminded me of their tireless dedication over the previous six months. The new version of our software product was poised to put us years ahead of our closest competition. By reporting the incident, I would jeopardize the product release and undo all of their labor. I recognized by reporting my colleague I would not only destroy the project, but also put his job at risk. On the other hand, if I just “let it go,” there was a good chance that no one would ever realize that the product contained some open-source code. Like my colleague argued, it was just a small piece of code. What harm were we really causing anyone?

It was at this point that I realized that this is exactly how businesses go astray. A failure to do the right thing at a seemingly unimportant occasion can very well manifest into a deep-seated habit. I thought about it some more, and even researched it. My cursory research revealed that all unethical business practices started out as minor violations to observe these signposts: accounting scandals, product safety cover-ups, and harassment scandals, to name a few. Gradually, these unethical methods became the way the business was run.

In the short-term, failure to report the incident would have resulted in a smooth release of our product and success for my team. In the long-term, however, there were sure to be repercussions to both my teammate’s actions and my decision, as order and accountability went out the window. Even if we didn’t get caught, it was a terrible precedent to set.

I became convinced that reporting the incident was not only the right choice, but also the only choice. I reported the incident to my manager, but made sure that the ignorance of my colleague was also highlighted. My manager was very cooperative and instantly formed a special team to develop our own solution to the problem and replace the offending code. After a lot of hard work, we managed to finish the new coding shortly before the project deadline.