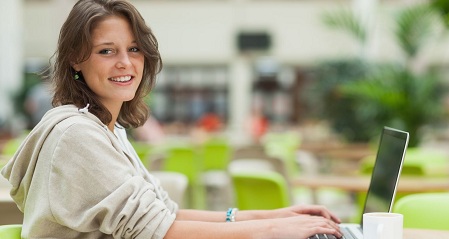 Influence? Why is it that the people who influence us most influence us in ways that are not easily quantified? Through her work with abused children, my mother has shown me the heroism of selfless dedication to a worthy cause. By being an upstanding individual, my playwriting teacher in middle school acted as an inspiring male role model at a time when I needed one most. By being approachable and interesting, my World History teacher in my freshman year of high school opened my eyes to the connections between a society's culture and its history and broadened my view of cultures and the world. While these influences mean much to me and have contributed greatly to my development, they came too easily to mind.

The fact that I could sit down and write a list of how these people influenced me suggests that the influence did not alter me in any profound way. These people are all my elders, and perhaps I feel distanced from them. The person whose influence shook me to the deepest level is a person whose influence is nearly impossible to describe. Mike, the best friend I’ve ever had, changed me, and I changed him at one of the most crucial times in our lives: the seventh grade. We developed our personalities, our senses of humor, and our love for girls at the same time and in the same manner. It would cheapen his influence to quantify it; I am what I am because of him; I cannot say that about anybody else.

Mike came to my school in the seventh grade, and we immediately clicked. Before he came, I didn’t feel like an outcast by any means, as I had my friends that I had known since first grade. However, until Mike, I never had anyone my age to identify with completely. Mike made me feel confident in who I was; he reaffirmed my drives and my thoughts and my inspirations. At this awkward stage in our lives, we found uncritical appreciation in each other. We both were obsessed by movies and had a similar sense of humor. We had the same problems and the same thoughts. That was all it took.

Halfway through that same year, Mike and I became inseparable. In fact, our yearbook had a section that lists the names of students and what they were never seen without. Under Mike, it read: “Ted, ” and under Ted: “Mike.” I became a staple at his house and he at mine. We no longer had to ask our parents if it was ok to have a sleepover on weekends, they assumed we would. On weekdays, we usually walked over to his house, which was near school, and hung out there till I had to go home. Our favorite past time on those long afternoons after school was to walk to the nearby food mart and get a bag of chips and two 24 oz. Coca-Colas. Watching a movie, we would sit on his couch with our chips and Coke and talk about our dreams of working together in the movies. Mike wanted to be a director and actor, and I wanted to be an actor and a playwright/screenwriter. It was the perfect combination. We even tried writing a few scripts together.

Of course, as two seventh grade boys, it wasn’t all skips through the park either. We were extremely competitive and would get into brutal fights for seemingly no reason at all. One time, I pulled out a chunk of his hair, but I don’t remember what started the fight. I think that our connection was so intense that we could not have normal emotions toward each other. As friends, we were best friends, but in an argument, we wanted to fight each other to the death. Still, the Wrestlemania days were rare; ordinarily, the intensity of that connection was a good thing. I was pretty shy about girls, and when I did talk about them with guys, I would usually just say a girl was "hot." With Mike, I could really talk about girls and who they were; with Mike, I didn’t have to put on my public “cool” facade but could really say what I felt about a girl.

Then we went to separate high schools. We tried to maintain the friendship, and you might think we would have been able to since we had been so close, but we drifted apart. Our friendship was based on being near each constantly, of growing up in the same town, under the same conditions, with the same hopes, fears, and dreams. Now we still go to movies occasionally and hang out, but it's not the same, and we both know it. I thought Mike and I would be friends forever, and maybe we will be. I mean, we have to make those movies together, right? But the way things look right now, I doubt we will ever reconnect. Our friendship in the seventh grade was magical, and lightning doesn’t strike twice.

My playwriting teacher from middle school left, but I handled it. I learned a great deal from him, and I appreciate him for the subject he taught and the way that he taught it. I will probably miss my parents when I leave for college, but I doubt the separation will pain me deeply since the connection between parents and children will always be there. With Mike, I lost the best friend I ever had, and I lost that forever. Losing that kind of bond cuts deep, and I know it's the type of wound that doesn't heal. It’s the type of wound you just live with.

But just because we're not friends anymore, it doesn't slight the times we had when we were friends. Those times are what influenced me so deeply. No, Mike did not work some lesson into my heart, he worked himself into my heart, and even if I never see the guy again he changed me forever. I think that finding someone who you truly connect with and feel that you were destined to meet, someone who you feel truly understands you and makes you feel special, I think meeting someone like that is one of the most profound experiences you can have.