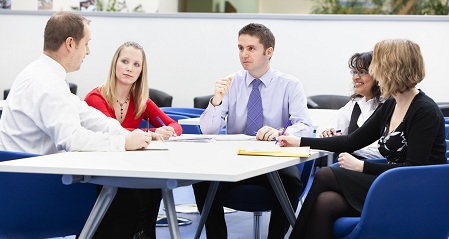 Question: What is the most creative solution you have ever used to meet a challenge? Was it successful? If yes, how so? If not, what will you do if confronted with a similar situation in the future?

My most creative solution to a challenge came when I was a staff writer for the financial website [deleted]. The subscription-based site offered a variety of resources for financial advisors and stockbrokers, covering everything from prospecting new clients to communication skills, market opinions, and analysis. The website was broken into sections, with members of the small, forty-person staff creating content for various areas of the site.

I was assigned the area of practice management and began working closely with my editor. Because the two of us were responsible for the majority of this area's content, I was expected to write four or five articles a week. Although the site had existed for a few years, the content and style of its writing varied from piece to piece, lacking uniformity and consistency.

Since I had not received any explicit guidance in terms of topics or suggestions, I was forced to meet my editor in chief's expectations through trial and error. After weeks of hard work and mixed results, I combed the site's existing content for articles he liked or had written himself. Using these as resources, I began to generate a standard format for my articles. For example, I regularly wrote about various niches that advisors could prospect, such as educators, attorneys, and medical doctors. Each piece discussed the traits of each profession, as well as Internet sites that could be used to educate oneself about the group and suggestions for prospecting. I created a standard structure that provided a consistent flow and strategy to each, which allowed me to write content more quickly, and with less edits and changes on future drafts.

While these efforts helped me write content more rapidly, I was still struggling to meet my weekly obligation. Newsworthy topics were already covered by senior writers, and I was forced to fend for myself. Yet I realized the site lacked two important things. Although outside contributors were providing weekly columns for [deleted], the company had yet to produce an in-house columnist it could call its own. Secondly, as I looked for a potential angle and tone to create such a column, I noticed that while the site contained commentary from successful advisors, trainers, and analysts, no one discussed the client's view of the business.

Drawing upon this realization, I interviewed a colleague about his personal relationship with his financial advisor, and wrote an article about his experience, along with his likes and dislikes about the financial industry. Presenting the piece to my editor, the editor in chief, and the publisher/owner of [deleted], I suggested that such a column could both differentiate the website from other sources of financial information and create an in-house product that would draw readers on a consistent basis.

After presenting my idea, a group of writers and editors, including myself, were instructed to meet on a regular basis to revise and create what would become one of the website's signature articles. I continued to write the weekly column, which was revised and edited each week, and as a result, my project replaced the additional article I was expected to write each week.

Unfortunately, I left the company before development of the column was complete and did not get the opportunity to become the website's first columnist. Yet my editor took the project over, and today the column is one of the most popular aspects of the site.

By all accounts, my solution to the problem was successful. Not only did the creation of a column address my editor's expectations, but I had created a product that took the website in a new direction.