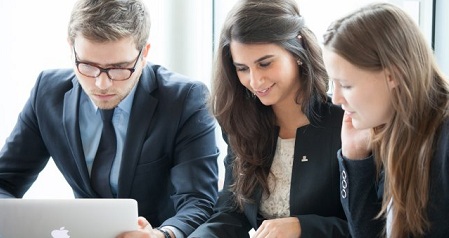 Question: What one nonprofessional activity do you find most inspirational and why?

A little over two years ago I began tutoring high school students in several types of mathematics, including preparation for the S.A.T. Test. While I did this initially to earn money, I have continued to tutor (often pro bono) because I enjoy the material and the contact with the students.

I have always enjoyed math tremendously. I can remember riding in a car for long distances as a child and continuously calculating average speeds and percentages of distances covered as we traveled. In college I took upper division math classes such as Real Analysis and Game Theory (and placed near the top of the curve) though they were not required for my major. All this time spent playing with math has left me with a deep understanding of the way numbers work and the many ways in which problems can be solved.

When I first began tutoring I was stunned to find that most of the kids I worked with, although very bright, not only lacked the ability to solve complex problems, they were very uncomfortable with some of the basic principles of math. This discomfort led to fear and avoidance, and the avoidance led to more discomfort. A vicious cycle began. Instead of seeing math as a beautiful system in which arithmetic, algebra and geometry all worked together to allow one to solve problems, they saw it as a bunch of jumbled rules which made little sense that they were forced to memorize.

As a tutor, I found that it was important when starting with a new student to find out where his/her discomfort with math began. Often, this meant going back several years in their education to explain important basic concepts. For some students, fractions and decimals were the point at which math stopped making sense. For many others, it was the introduction of letters to represent numbers in algebra. Some students found that identifying their weaknesses was an embarrassing process. I explained to them that it was not their fault. Everyone comes to understand new concepts in math in a slightly different way, and the problem was that no teacher had taken the time to explain their "problem area" in a way which would make sense to them. Since math was a system, once they missed out on that one building block, it was not surprising that the rest of it did not make sense. Our mission together would be to find the way in which the system worked for them.

Once we had identified the initial "problem area", I would spend a lot of time getting the student to play with questions in that area from a lot of different perspectives. For example, if fractions were the problem, then I would create games to get the student to think of fractions in terms of division, ratios, decimals or other equivalent systems. This would often be a fairly unstructured process, as I wanted to see how the student's mind worked and keep them from feeling any anxiety. Usually it did not take long for the concepts to start becoming clear to the student, as he/she played with the numbers in the absence of the pressure of school. My goal was to not just white wash over a students weaknesses with a few rules which would be quickly forgotten, but to help them develop an understanding and an appreciation for the underlying principles.

I found this process to be very satisfying for both myself and the young men and women that I taught. It was a wonderful feeling to have a student laugh out loud with relief as a principle which had been unclear and causing anxiety for years suddenly made sense. Once these old "problem areas" were cleared up it was usually quite simple to make clear the subjects that they were working on at the time, especially since I already had an understanding of how they were best able to understand new concepts. Again, I found it important to get the student to play with the new material and look at it in several ways so as to develop a true understanding of the material.

I was quite successful as a tutor. One young man increased his Math S.A.T. by 150 points. Another student improved so dramatically in geometry, her test scores jumped from about 55 percent to over 90 percent, that her teacher kept her after class and asked if she was cheating. Although most of my students did not improve this dramatically, I walked away from every lesson that I gave feeling that I had helped someone understand and enjoy math. I hope to be able to continue teaching, if only for a few hours a week, for the rest of my life.


This essay shows that this applicant is dedicated not just to helping people, but to academics, learning, and math. His tutoring does not make us believe his sincerity; the thoughtfulness and detail with which he describes it do. He has put obvious time into developing an effective method of teaching. The writer shows that he is result-oriented by measuring his success in terms of real numbers and percentage increases. Someone who applies such standards of accountability to his extracurricular life is sure to bring the same standards to school and business.