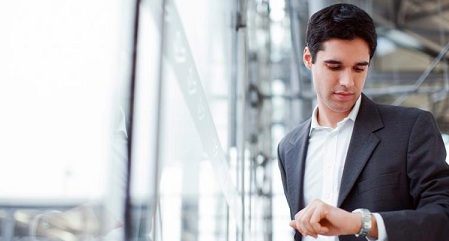 Question: Describe a failure or setback in your life. How did you overcome this setback? What, if anything, would you do differently if confronted with this situation again?

I spent the spring following the 2001 National Football League season in what can only be described as professional limbo. I had been released by the [deleted team] the previous November, I was recovering from several nagging football-related injuries and my phone was not exactly ringing off the hook with offers from other NFL franchises. My football career was at a crossroads, and I was seriously contemplating retirement from the game. I was torn between remaining dedicated to staying in shape and rehabilitating my injuries in hopes of signing with a team before the start of the 2002 NFL season or leaving the game for good and beginning my life's second chapter.

It was during this period that I began to throw myself into community service more vigorously than ever before. At the urging of my wife, I became especially active in [deleted], a local charity with which she had previously worked. This particular organization works with a variety of area community groups and non-profit organizations to offer interesting and rewarding volunteer opportunities to its members. Most of these projects fall under broad categories such as helping children, providing respite for the homebound and hospitalized, providing companionship to senior citizens, building civic pride, improving the environment, caring for animals, fighting hunger, painting and building homes and working with people with disabilities. I found myself drawn to the projects that focused specifically on working with youth and painting and building homes.

I found my experiences reading to disadvantaged youth through the [deleted] Library Summer Book Club particularly rewarding. Similarly, I was energized by the sense of accomplishment I felt when assisting with the completion of various building and maintenance projects for the Animal Rescue League and the Greater [deleted] Community Food Bank. My time away from the game had left me feeling detached and cut off from not just my livelihood, but my community as well. Volunteering was just as therapeutic for me as it was for the people whose lives I helped touch. I was able to reconnect with the city of [deleted], and, more importantly, I was able to impact the city in a way far more enduring than catching a touchdown pass or winning a big game.

Shortly after officially retiring from professional football in May 2003, I began pursuing a career in athletic administration with the hope that I could help empower our nation's youth, one student-athlete at a time. Though my wife and I have made our home here in [deleted] since 1999, my football career had taken me as far away as Ottawa, Ontario. Through it all my wife and I never considered relocating to another city. After my retirement I received several job offers outside the [deleted] area, including a chance to return to my alma mater, [deleted], as an Academic Counselor for Student-Athletes and a job with the NFL's Continuing Education Program to help current players complete their undergraduate coursework, but my wife and I decided that our best alternative was to wait for my ideal opportunity to arise here in [deleted].

That chance came in the form of a position with the [deleted] Athletic Department. Since September 2003, I have worked with the New Business and Fan Development Staff, and my time there has been extremely rewarding. I have been able to remain close to my football roots while also expanding my horizons by serving as a role model for the young men and women who make up the [deleted]'s various athletic teams. My responsibilities at [deleted] have included everything from market research analysis to coordinating autograph sessions to writing and producing in-game commercials shown on the Heinz Field video board. Despite my many contributions to the [deleted] Athletic Department, I am finding that I can affect the most significant change in the landscape of college athletics if I arm myself with an MBA. My long-term career goal is to become an Athletic Director of an NCAA Division I institution, and I realize that such a lofty aspiration requires the dynamic skill set that an MBA from the Katz MBA Program will provide.

I am committed to working with the young men and women who compete in NCAA stadiums and arenas. Today's student-athletes are destined to become tomorrow's leaders. I want to touch their lives in a positive and inspiring way and guarantee that their college experience reinforces the notion that above all, people are the most valuable resource in the success of any organization, community or team. The Katz MBA Program can broaden my horizons and provide me with the necessary tools to empower our future leaders.