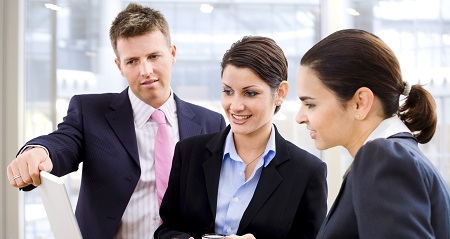 Question: Please share an example in your workplace or community that demonstrates your leadership and original thinking. Show how your actions brought about a positive change and how you used your leadership abilities to navigate through the situation.

In my workplace, Ultifarma, the exclusive distributor of AstraZeneca in Chile, the situation turned complicated when the company incurred in losses. Moreover, in an environment where the possibilities of diversifying the variety of products were scarce, reversing the situation depended on a cost-oriented strategy, a task for the Financial Office. However, since this task was very delicate, the team was reduced to four members: the CFO, the interns under my charge, and myself. Even though we had been working on some information to make some proposals of this nature, this time the shareholders had demanded to reach a profit level never obtained in the company’s history. The hard work consisted of doing this optimally.

My role inside the team was to elaborate the proposals, to discuss them with the CFO, and to coordinate with the interns the generation of relevant data to sustain these initiatives. Broadly, the task was divided in two parts: the administrative reorganization of the business and the analysis of the rest of operational expenses.

Because the first part was strictly confidential by its own nature, only the CFO and myself dealt with it. Hands-on, we could identify some positions with a relatively costly and others not indispensable. There was also the case of some positions that whereas necessary, presented increasing remunerations based on the sole fact of the amount of time in charge, fostering an undesirable culture of conformism and obsolescence. All of this framed inside a philosophy of cost-competitiveness, which consisted of lightening the structure of the company, but maintaining a group of key positions, each prepared to have more personnel under charge. Likewise, lower-rank positions were meant to be occupied in an increasing proportion by young, proactive, and creative people.

The Board almost completely approved the administrative restructuring, being quite close to reach the shareholder’s objective (we cut labor costs nearly a 30%). However, we still needed to identify other sources to improve, thus, I proposed to take the accounting information to classify it in categories that reflect more familiarly the cost drivers, avoiding the obstacles inherent to the accounting technicalities. With this information, we could obtain revealing information, among the most important issues, was the cost-optimization of imports by using bigger containers and avoiding the consolidated cargos, lowering these expenses between 2% and 3%. This happened because in prior times there was a severe excess of inventory, which made the management be aware only of the amount of imports but not of the container-efficiency. In addition to this topic, I treated the case of the commissions charged for the banking management of letters, which were extremely expensive because of the huge number of minor amounts; however, we just used this scheme since it was the "standard." In the end, the administration determined that there was no need to face these charges, and that the company could do it by its own, managing to obtain a banking commission’s reduction of about a 20%.

In conclusion, my participation in this effort was important to revert the financial situation of the firm and to maintain it competitive in spite of the falling incomes. My initiatives were mostly accepted and I managed to compromise those under my charge, involving them actively in the project and highlighting the importance of their labor.