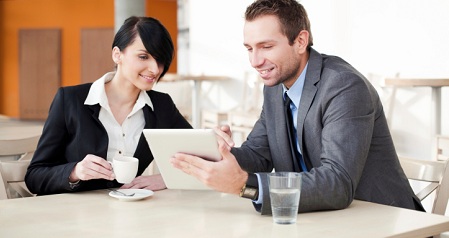 Question: Please give an example of a situation when your thinking was different from your colleagues or superiors. (up to 500 words)

During my military service, I was a Second Lieutenant at the [deleted], assigned to its Intelligence's and Operations' Office. Part of my duties included blueprint conceptualization and preparation of the final plans for military projects under the supervision of the Major in charge. At first I only drew the plans on my computer according to Major's instructions. After gaining some experience though, I was assuming increasing amounts of responsibility and eventually I was almost taking over the entire process.


In August 2001, our office had to prepare a blueprint for the infantry's defensive positions on the island, given a certain invasion scenario. Early in discussion between the Major and me, it became clear that our understanding of the scenario variables was different, which led us to assumptions that contradicted one another and eventually to opposed opinions on the ideal plan. I tried to explain the reasons why we should proceed according to my opinion. I had no success: "The discussion is over; we are proceeding as said" said the Major, leaving no room to further debate.


Obviously I did not bear responsibility on the very choice of the submitted plan but only on how well I drew it. Still I felt that blindly following the order was not the right thing to do. Instead, I decided to handle the issue in a more diplomatic way and worked harder to prepare three things: the blueprint exactly as the Major requested, the alternative I proposed and a detailed reasoning that justified my opinion. In this reasoning I pointed out those specific areas in the given scenario that made the Major's assumptions less likely to be true. I did not openly compare the two proposals but instead I tried a direct approach of the case in which I excluded dicey assumptions and reached safe conclusions. My work made apparent that the blueprint I proposed was better.

When the project deadline approached, I presented him the version he ordered. Since I had done my work, I was entitled to present my case. The Major acknowledging my extra effort listened to my argumentation. After a thorough discussion, he conceded that I might have a point, noting however that the remaining time until the deadline was not enough to revise the blueprint. At that point I showed him the alternative version that I had already prepared. After his initial surprise, he decided to better examine my proposal before the final submission. Indeed, the next day he accepted my version, congratulating me for my work and for the way I handled the issue. His praise was a true "medal of honor" to me: "Excellent work, [deleted]; Congratulations for your responsibility and maturity". From that time on, we were thoroughly discussing most cases and for every single one we were able to reach a mutual agreement.

This incident taught me the importance of avoiding direct conflicts during negotiations or teamwork, thus making me significantly more productive. I learned to present my case in a positive manner without arguing negatively for other opinions. This way people's issues are left out of the discussion and the very facts are the ones that actually count. This has proved considerably valuable later on with my career, since interaction with people is always a crucial part of business.