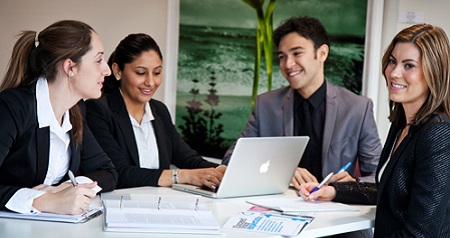 Question: Please give an example of a difficult interaction you had with a person or group?

During the last two years, I have been working as an Analyst in Lystl, a small electronics manufacturer employing 300 persons. My main duty has been the completion of a Business Process Reengineering project, initiated by the new major shareholder Torence Group. The project involved the detailed recording of the business processes and organizational structure at the time of the buyout, the polishing of what we felt was wrong or could be done better, along with the implementation of an ERP (Enterprise Resource Planning) software suite to assist business. The whole project and its purpose was no secret in the company and the majority of the staff was hesitant regarding this matter. In fact, a negative reaction was expected, since people are usually unwilling to change. Particularly, there were certain people who feared that their “power” would lessen. For example, the master user of the old proprietary software (a custom home-developed solution) had until then been the main gateway through which most of the information used to pass. He was the one to prepare many reports and there was a company-wide feeling of dependency on his work. This was by no means justified by the nature of his work, which, under the new ERP system, would be curtailed to a purely supportive role. In addition, there were a lot of technophobe people, who feared that they couldn’t rely on computers and that their work would not be done successfully under the proposed system.

Although the senior management had already approved the installation of the ERP suite, we could not just proceed and ignore people’s fears and resistance. After all, these very people would be the main users of the ERP suite.

My challenge was to convince these people (as well as everyone in the company) that the whole change was for their own benefit. The new ERP system would simplify most tasks and, since top management had already decided that no staff reduction would arise from the ERP, there was nothing to worry about.

I had to come to their level then and persuade them (rather then enforce the opinion) that the new system would prove beneficial to everyone. I isolated and cited what I thought were their biggest worries about the imminent change. I figured that everything is absolutely explicable and understandable. I then broke down their initially huge worries to the lowest level of detail regarding the handling of single processes. I explained how the new ERP software would affect each and every process from the view of the actual user. I persuaded them that their power would increase, since power did not arise from the machine or the software itself but purely from their work. Since their work would be made easier, their impact and usefulness to the company would be leveraged.

After several weeks of endless discussions, most of the initially protesting staff became in fact supporters of the ERP suite, even before they actually see it live. And this proves extremely valuable in the currently ongoing implementation of the project.